Provincetown, MA: The Alden Gallery presents “Anne Salas, Linda Reedy and Robert Glisson,” a three-person show of new work—mostly landscapes—opening on Friday, June 24, 2016, from 7 to 9 p.m., at the gallery’s exhibit space at 423 Commercial St. Drinks and refreshments will be served; the gallery is open to the public and free. The exhibit will be on view through July 7.

Anne Salas is a Cape-based artist who worked as a glass-blower and studied painting with such Provincetown legends as Selina Trieff and Robert Henry for years before exhibiting on her own at the Alden Gallery. Her floral compositions and pond landscapes, which she paints in her Marstons Mills studio, have grown in complexity and in the depth of her layering (including 22-karat gold-leaf backgrounds) since her first show at the Alden Gallery in 2008. “It is my intention,” Salas says, “to create a connection, which is perhaps instinctive, of a viewer’s own inner energy.” 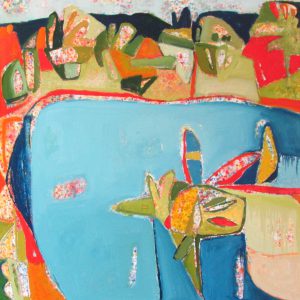 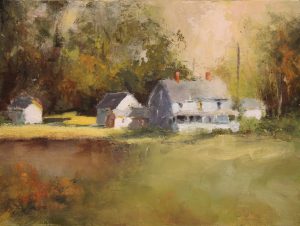 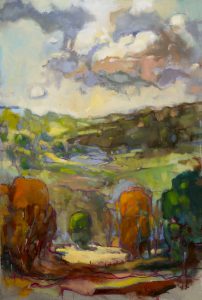 The rest of the Alden Gallery 2016 schedule: