Provincetown, MA: The Alden Gallery will present a show of new work by Joerg Dressler and Mike Wright opening on Friday, August 11, 2017, from 7 to 9 p.m., at the gallery’s exhibit space at 423 Commercial St. Drinks and refreshments will be served; the gallery is open to the public and free. The show will be on view through August 24.

Joerg Dressler’s work is driven by nature and how we perceive it. He is presenting his experiences of reality filtered through his perception. As a result, disjointed experiences of the seen and unseen are reassembled, creating in the work a reality of its own. Joerg’s evocative, sensual paintings derive from a sincere dialogue between the representational and the abstract, the conceptual conscientiousness and pure spontaneity. While remaining uniquely his own visual communication, the vocabulary for his work is drawn from a cross-section of art history: Romanticism, Impressionism, Abstract Expressionism, Pop Art, graphic design and photography.

With the series “Revisited,” Dressler is exploring a new body of work that may be considered a strong departure from his previous work as a painter. A closer look, however, reveals a natural evolution from the abstract to the representational, involving places in nature—all places he has visited at some point in his life. “The return to these places through the study of photos allowed me to pursue a more detailed depiction, aiming for a sense of depth in juxtaposition to crisp color fields and organic splotches,” Dressler says.

Pulling from his background as a graphic designer by incorporating geometric shapes and infusing intimate landscape cutouts with dynamic urgency, Dressler inspires a prolonged consideration of our own relationship with nature. “Our direct and intimate exposure to the outdoors has decreased over time, resulting in what some call “nature appreciation deficit.” Regaining a sense of appreciation of the natural world and its effects on the human psyche is more important now than ever,” Dressler says.

Dressler’s work is included in the permanent collections of the Provincetown Art Association and Museum and the Leslie-Lohman Museum of Gay and Lesbian Art in New York. 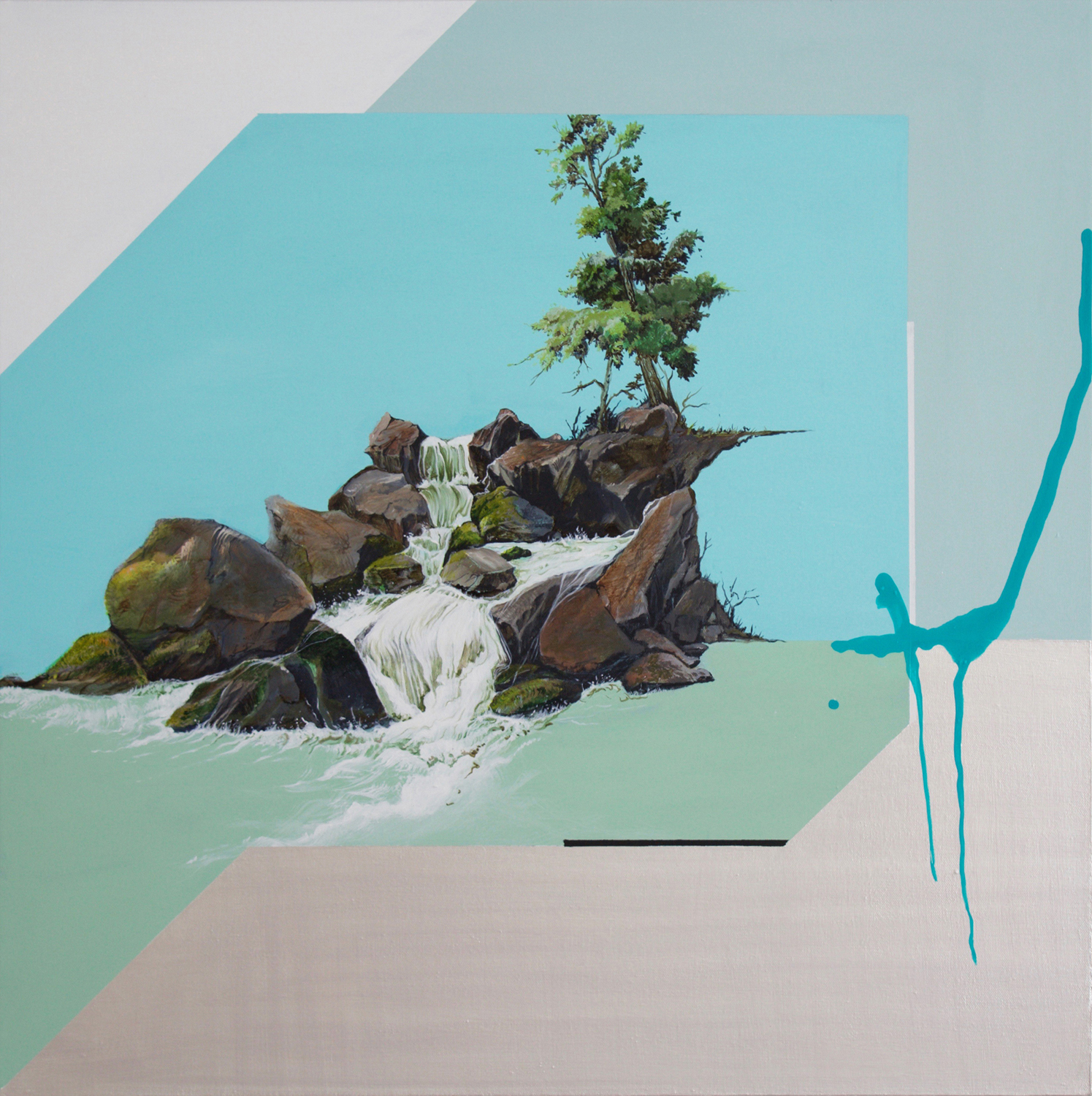 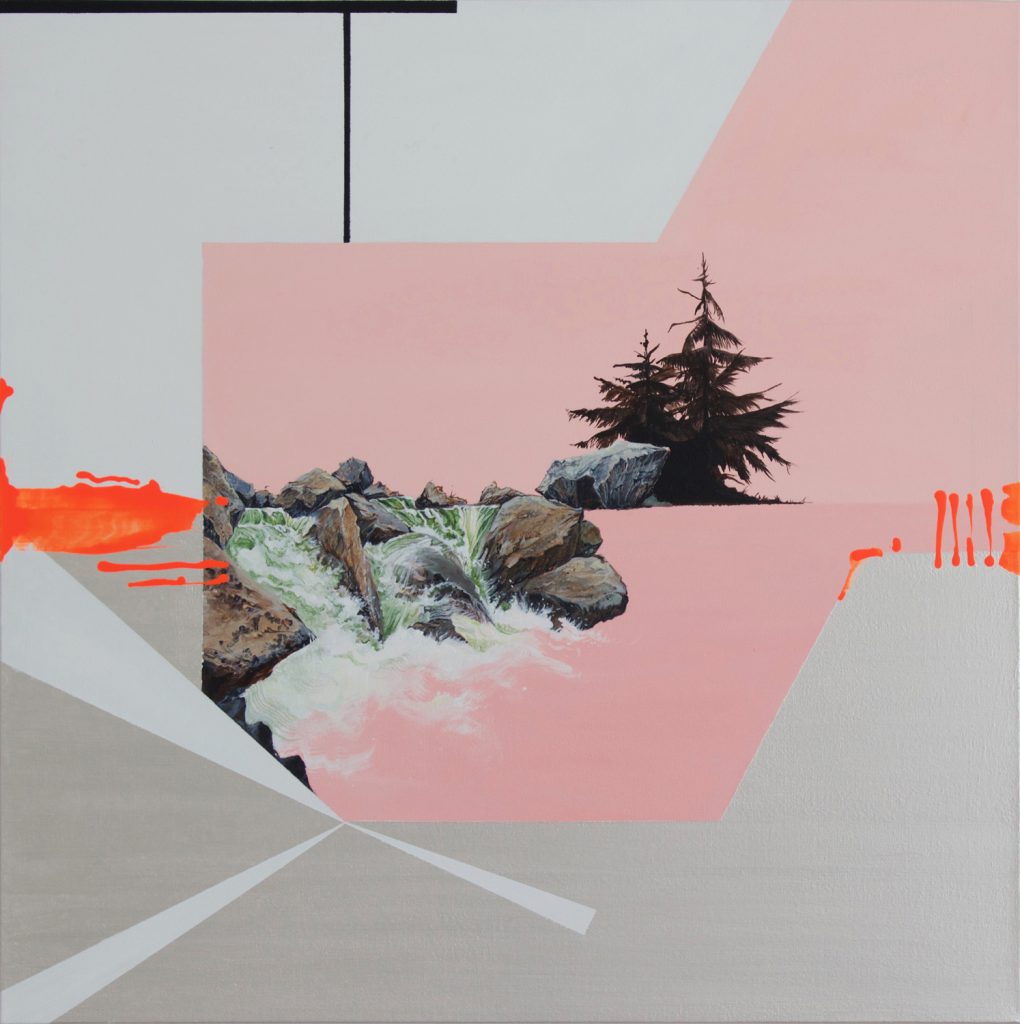 Provincetown sculptor Mike Wright, who creates abstract assemblages of found painted wood, is a Pollock-Krasner Foundation Grant winner and was represented in a couple of extraordinary group exhibitions this year of sculpture by different artists that was constructed from the same kind of material: “Wood as Muse,” at the Art Complex Museum in Duxbury, Mass., and “Art Inspired by a Presidential Home,” a JFK Hyannis Museum invitational that was on view at the Cape Cod Museum of Art and at the Cultural Center of Cape Cod. These shows followed two major solo exhibitions that were surveys of Wright’s work over the last few decades: “Re:Make,” at the Cape Cod Museum of Art in 2015 and “From the Sea,” at St. Botolph Club in Boston in 2016.

For her new show at the Alden Gallery, Wright is presenting a new series of wall sculptures called “Color Field.” Says Wright: “The point of using found wood is that, as debris, it seems unpromising. But that lack of promise is also its appeal—the peeling paint, the color scrubbed by salty waves, sand or human use. My principal parameter is that the wood must be found in Provincetown. The second is not to paint that wood, because its patina is impossible to duplicate.” 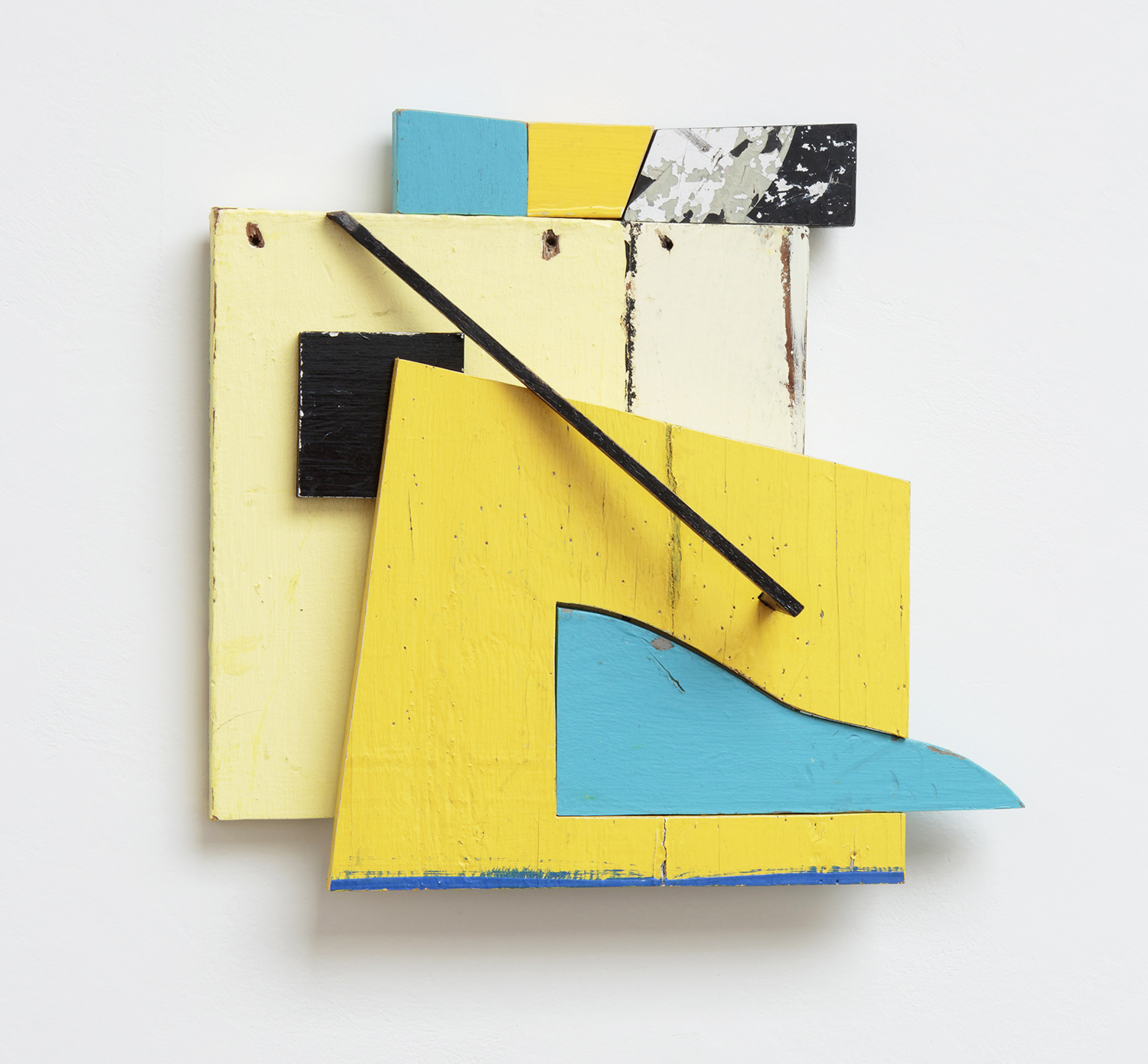 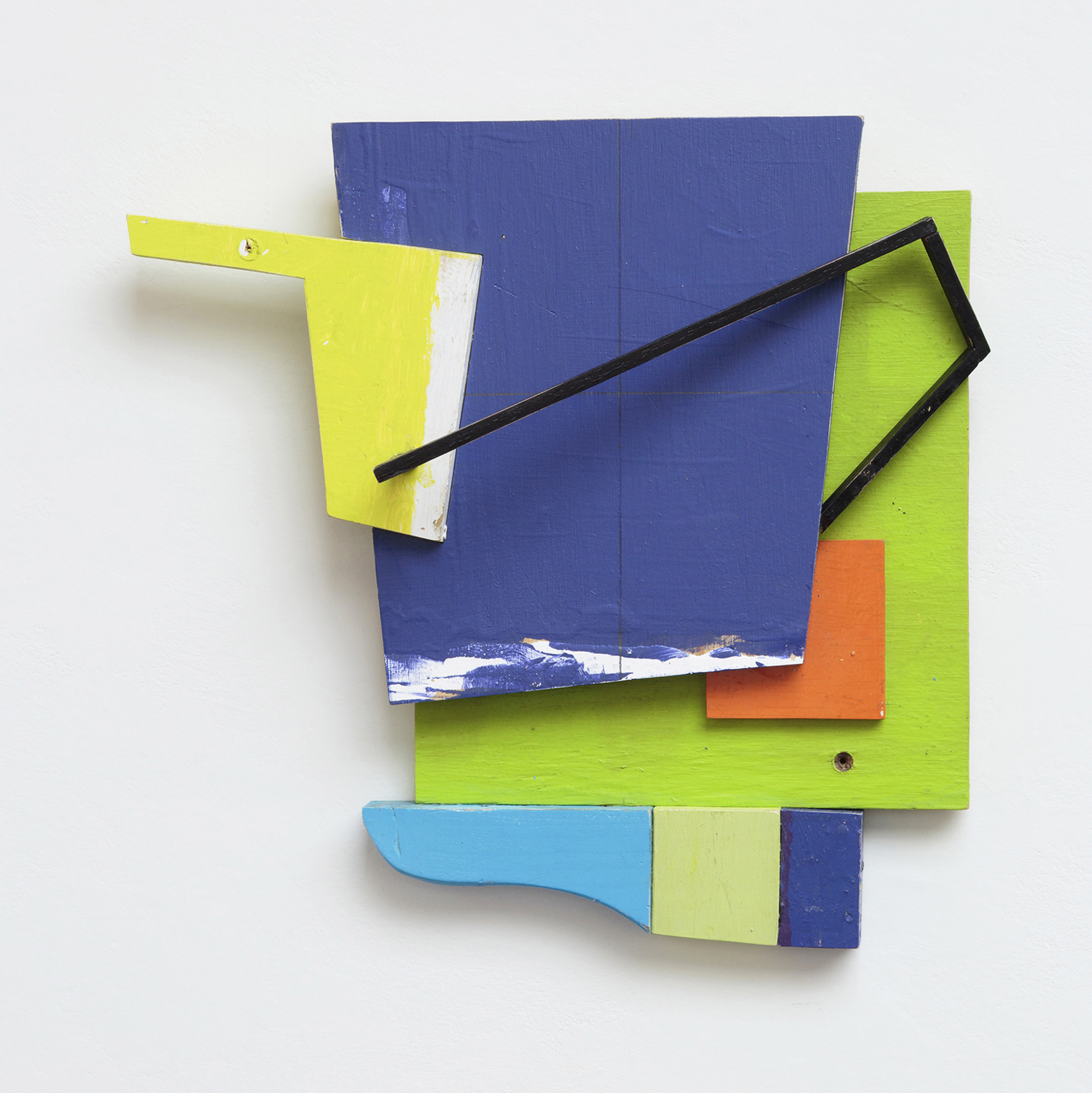