Provincetown, MA: The Alden Gallery will present “Joerg Dressler and Kevin Cyr,” a two-person show of new work, opening on Friday, August 5, 2016, from 7 to 9 p.m., at the gallery’s exhibit space at 423 Commercial St. Drinks and refreshments will be served; the gallery is open to the public and free. The show will be on view through August 18.

Joerg Dressler’s work is driven by nature and how we perceive it. “It is the unpredictability and mysteries of nature that intrigue me,” he says. His evocative, vigorous paintings derive from a sincere dialogue between the representational and the abstract, the conceptual consciousness and pure spontaneity. Recurring themes in his work include the passage of time, impermanence, frailty, and perception. He paints solely from memory; as a result, disjointed experiences of the seen and learned are re-assembled, creating a reality of their own. “Joerg evokes sublime depictions of our confrontation with nature, especially the contrary effects of nature on the human psyche,” writes Christopher Busa in the current issue of Provincetown Arts. “He places tranquility side by side with violence, light clashing with the dark, fragility beside boldness—surprising forces seemingly summoned on a whim, with involuntary energy.” Dressler is a recipient of the Romanos Rizk Scholarship, and his work is included in the permanent collections of the Provincetown Art Association and Museum and the Leslie-Lohman Museum of Gay and Lesbian Art in New York.

Kevin Cyr’s paintings result from the artist’s ongoing fascination with the vehicles he frequently saw in his childhood. “I have always been interested in painting vehicles and scenes that have defined the evolution of the American landscape,” he explains. The subjects of his paintings have included commercial vehicles, RVs, vans, camper bicycles, and camper karts, all in a state of disrepair and marked by graffiti and rust. He puts his vehicles on solid, brightly colored backgrounds, which he likens to a set-up for portraiture. Common themes in his work include mobility, sustainability, mortality and consumer culture. 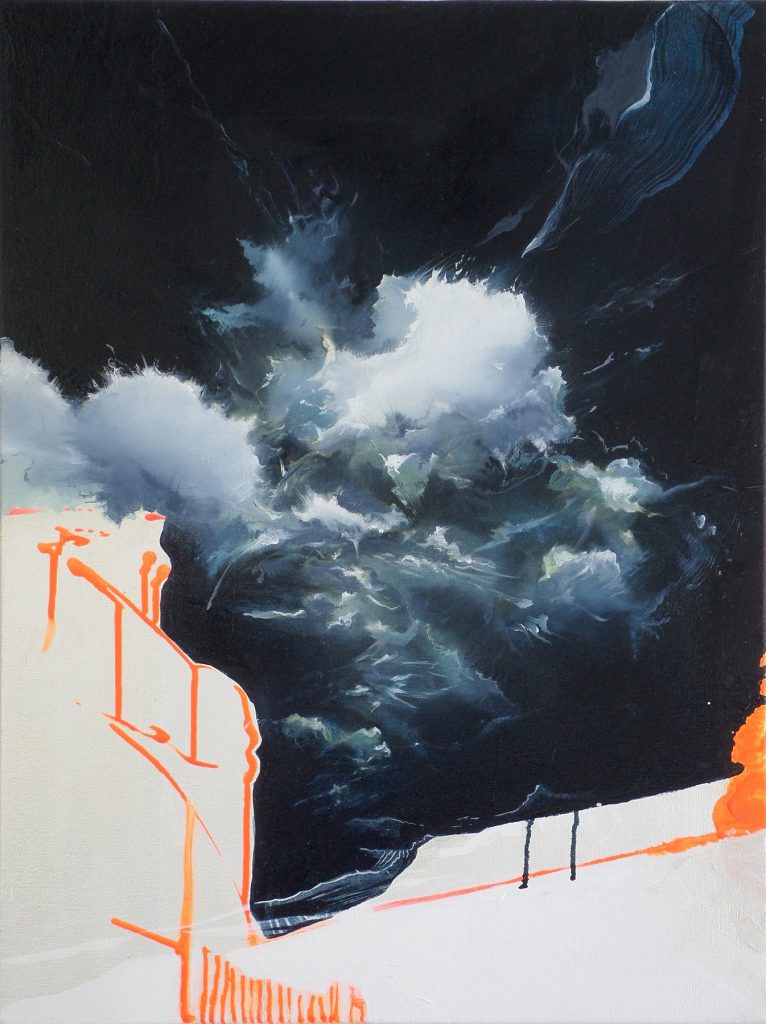 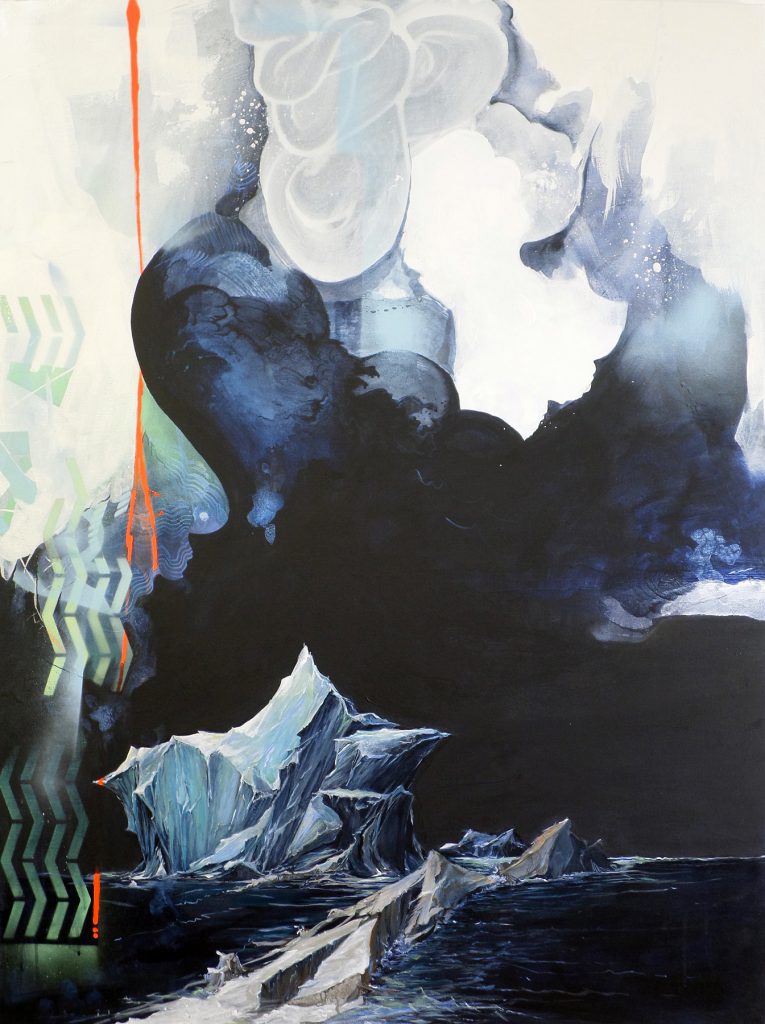 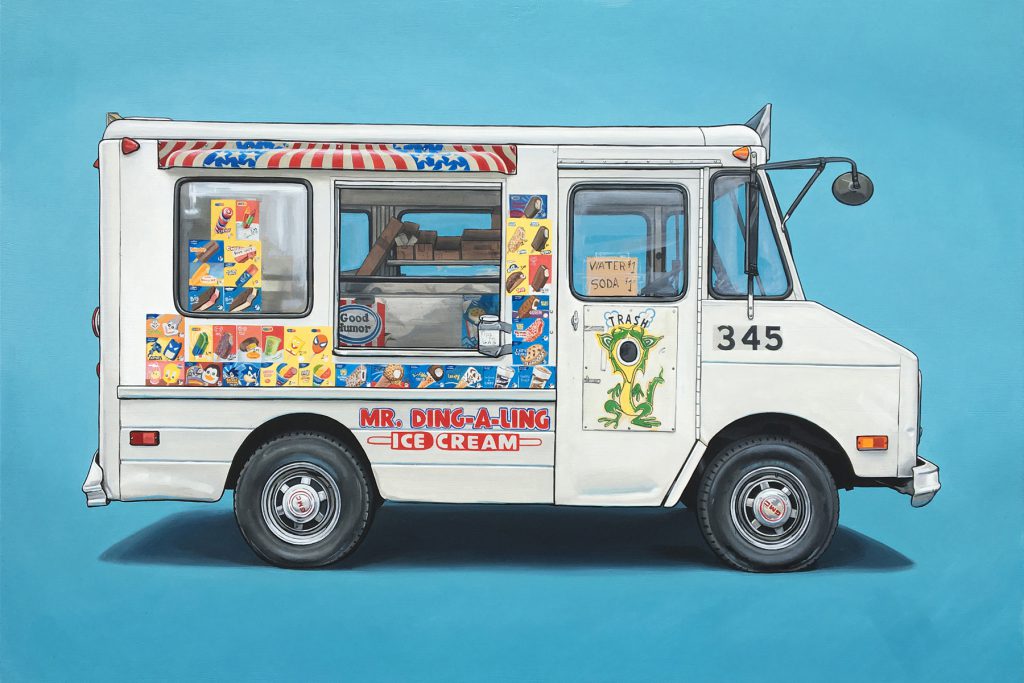 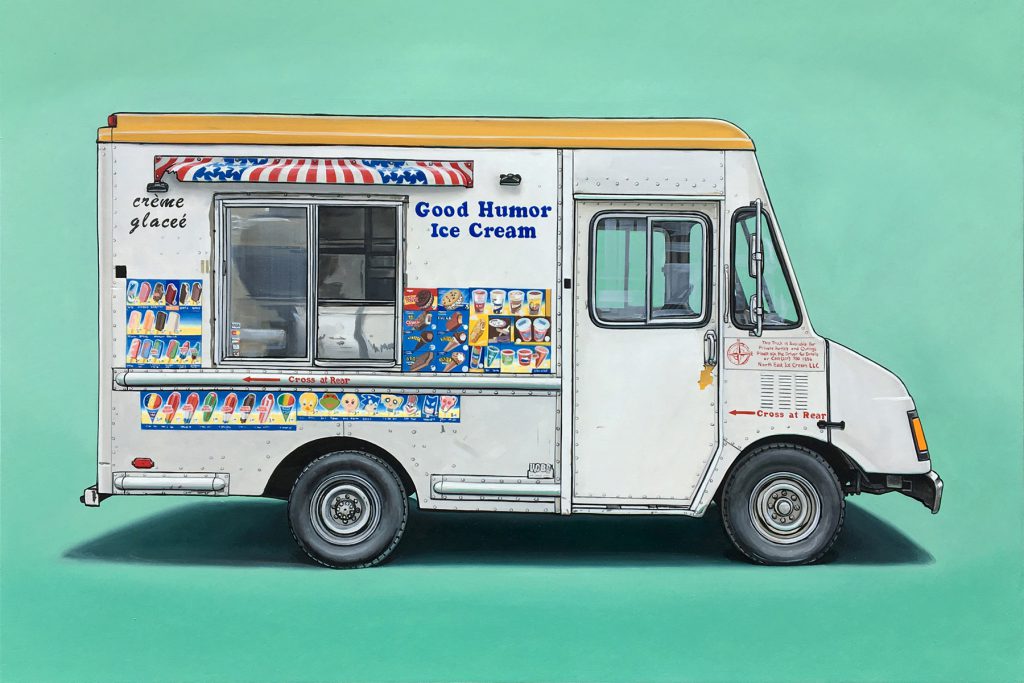